Ask any seasoned private investigator and they will tell you that a normal day’s work is not always a walk in the park. With the latest advancements in mobile electronics and cameras, today’s surveillance technology allows private investigators to perform their jobs easier and safer, while obtaining better results for the client. Recent advancements in information technology have also played a key role in shaping the industry into what it is today. As challenging as this profession currently is, it used to be much, much, much harder.

Here are a few of the beneficial changes in tools the industry has seen over the last 20 years: 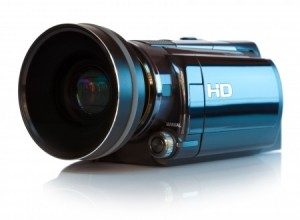 Quality camera equipment currently is and always has been a vital tool for any investigator. Most modern day investigators use small, handheld, 1080p HDD camcorders which store data onto an internal hard drive or SD card. Much smaller in size than their predecessors, these cameras have become just as advanced as today’s newest cell phones. Utilizing touch-screen displays and offering features such as shake reduction and a built-in video projector, these cameras can have up to a 42X optical zoom without the use of any external lenses. This gives the investigator the ability to record their subject from a much greater distance, thereby drastically reducing the investigator’s chances of getting detected. Also, there is no longer a need to buy expensive video editing software because the media can now be edited right on the camera itself, before being transferred.

In the early 1990s, camera equipment was very large and bulky, designed to be carried on the shoulder. These analog cameras, similar to the ones TV news crews use, recorded onto 16mm film, VHS or Mini DV tape, which typically only held 2 hours of video before having to be replaced. Most video cameras at that time only offered up to 10x built-in optical zoom. Because the camera’s telescopic lens had only a 10x zoom, investigators were forced to get uncomfortably close to their subject while conducting visual surveillance. At this time, due to the layout of the area and for safety reasons, conducting surveillance in rural areas required two investigators working as a team. Usually before dawn, dressed in full camouflage, the investigators would set up surveillance in a wooded area near the subject’s location. After setting up the camera equipment, one investigator would then return to the surveillance vehicle in order to quickly extract the other investigator from the woods in case of an emergency or altercation.

Another tool widely used by the private investigator is the covert camera, commonly known as the Nanny Cam. These cameras are designed to be placed in inconspicuous places to obtain video without being noticed. 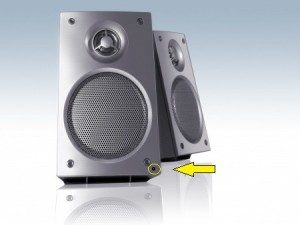 Cameras such as the DVR808 Key-chain Camera and the Bosch VTC-206F03 Bullet Camera can be placed almost anywhere. Covert cameras can be bought in either wired or unwired configurations.

These types of cameras are fairly new tools for the profession and were unimaginable in the early 90s. Even if they were available, they would have likely been too costly for the average investigator to afford. 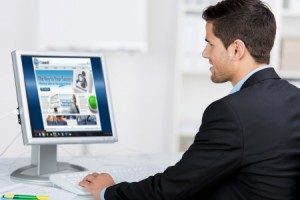 Gone are the days of the investigator having to dumpster dive or drive to local libraries and spend hours scouring the microfilm, hoping to finding some shred of beneficial information pertaining to their investigation. In the past, investigators would have no way to obtain confidential information, other than establishing contacts inside of doctors’ offices, banks, and other institutions. (Information security was much more relaxed back then.)

The Global Positioning System is an invaluable tool to today’s investigator. Not only does GPS allow us to find directions easily, it also allows detective agencies to track subjects using very accurate tracking devices to monitor movement in real-time.    (Note: It is not legal to use a GPS tracking device in all situations.) GPS also allows investigators be more efficient with both time and mileage when on the road. 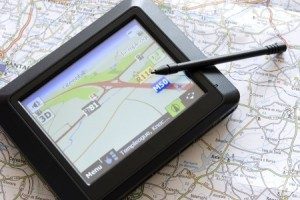 In order to triangulate the location of the device, GPS tracking devices first communicate with three or more of the twenty-four GPS satellites orbiting the earth. After calculating the GPS location, the device then transmits that position to a cellular network. The investigator can then log into the GPS system to monitor the subject.

Under the directive of President Ronald Regan in 1989, the first GPS satellite was launched into space. Launching of the total system cost the US government USD $5 Billion (then-year dollars) and was completed in 1994.

In 2010, Russia completed the GLONASS, a competitor to the GPS. So far, GLONASS has failed to drive market demand in the United States because the system is less accurate than GPS. An inferior product, GLONASS satellite receivers are much bigger and costlier than similar GPS receivers.

In the 90s, GPS was available but not as widely used as it is today. Most investigators of this time relied on paper maps.

In my opinion, the most valuable investigative tool of our time is the cell phone. Today’s cell phones are not only phones, but mini office spaces we keep in our pocket. While in the field, most of today’s investigators not only use it to relay information to associates, but also use it to conduct online research, check the weather, get directions, read the news, etc.

Apple’s first generation iPhone, released in 2007, was the first smart-phone to offer all these tools all on one platform. As the evolution of smart-phones progressed, phones required an ever increasing amount of power to handle the workload of the new 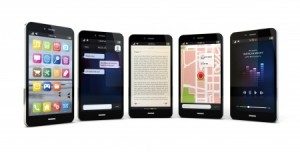 operating systems and software programs. Batteries had to be developed to handle the high power demands of the devices, without increasing in size. In order to stay competitive in the free market, cell phone manufacturers made a major push in the R&D of lithium-ion batteries.This recently led researchers, at the University of Illinois at Urbana Champaign, to development a lithium-ion battery which is 2,000X more powerful and charges 1,000X faster than comparable batteries.

In the early 90s, cell phones were available, but due to their poor performance and high cost of service, they were not feasible for the average investigator to use. While on the road, most relied on 2way radios, much like police currently carry, which required a subscription to use. The 2way radios were cheaper than cell phones but were still not cost effective to operate daily and were only used on rare occasions. In the field, investigators usually relied on payphones to stay updated with colleagues in the office.

Over the past two decades, we have seen many products become obsolete and new technology emerge. With the recent launch of new products, such as Google Glass and Microdrones, it not very hard to see where the future of the investigative industry is headed.

(1) All content contained on this site, blog, or all other social media sites (i.e. Twitter, Facebook, Google+, ect.) owned by Top Echelon Investigation, LLC is solely for reference purposes and should not be taken as legal advice.

(2) All information contained on this website *www.TEIsouth.com* is solely intended to be informational, based on the investigative experiences and opinions of Top Echelon Investigation, LLC.